Mac Grory notes that while most strokes present with weakness, facial droop or difficulty speaking, eye strokes are hard to recognize and treat in a timely manner because the only symptom may be sudden blindness in one eye.

“When we think of strokes, we think of immediately obvious symptoms, but eye strokes are a hidden menace; they do not have any of the symptoms that most people associate with stroke,” he says.

Because the symptoms of CRAO don’t immediately fit into one clear specialty, Mac Grory says patients often end up being referred to multiple different specialists. This can be expensive, time-consuming, and frustrating, with no one specialist taking ultimate responsibility for a patients’ care. This can mean that patients who require time-sensitive treatment may fall through the cracks between neurology, ophthalmology, and emergency medicine.

People with sudden visual loss usually call or make an appointment with their outpatient optometrist, ophthalmologist, internist, or neurologist. When the diagnosis of eye stroke is made, they are usually then sent to the ED but after a delay. “Patients with sudden vision loss should instead be referred immediately to the ED,” he says. “It’s a missed opportunity—by the time a patient gets to the ED, it’s often too late to reduce the impact of the sudden vision loss.” 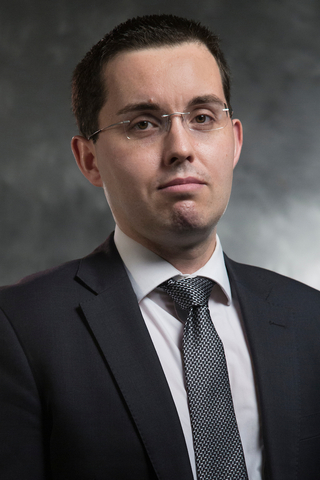 In the past 40 years, there has been a complete change in how people with brain strokes are treated, but eye strokes are still not adequately recognized, treated, or prevented. In the next 10 years, I see eye stroke being increasingly recognized as an analog of brain stroke and patients with this condition being treated with the same level of urgency—and hopefully the same level of success.
Brian C. Mac Grory, MB, BCh, BAO

In a June 2020 study published in Stroke, Mac Grory and colleagues evaluated the efficacy of intravenous tissue-type plasminogen activator (TPA) (IV alteplase) in a prospective cohort study of patients who had developed acute CRAO within 48 hours of symptom onset. Mac Grory and Matthew Schrag, MD, PhD, from Vanderbilt University’s School of Medicine, pooled data from multiple studies performed over a 10-year period in the U.S., Germany, France, and Australia in which patients with CRAO were given TPA.

Their findings indicated that the administration of TPA within 4.5 hours after the eye stroke improved the chances of visual recovery for patients with CRAO. This research won first place in the American Heart Association/American Stroke Association’s (AHA/ASA) 2020 Stroke Progress and Innovation Award and offers the best observational evidence currently available for treating CRAO with thrombolysis. There are several clinical trials taking place in Europe testing this treatment, but these are likely to take several years to provide an answer.

“In the past 40 years, there has been a complete change in how people with brain strokes are treated, but eye strokes are still not adequately recognized, treated, or prevented,” Mac Grory says. “In the next 10 years, I see eye stroke being increasingly recognized as an analog of brain stroke and patients with this condition being treated with the same level of urgency—and hopefully the same level of success.”

In addition to publishing this research, Mac Grory has chaired a writing group of international experts  who prepared a consensus statement for the AHA/ASA on the best treatment of eye strokes, which includes input from neurologists, ophthalmologists, cardiologists and neurosurgeons. This statement, for the first time in history, offers suggestions for practicing healthcare professionals on the best way to treat patients with eye strokes and to prevent more strokes in the future. Perhaps most importantly, it highlights the numerous gaps in knowledge within the medical community about the underlying reasons for eye strokes.

For patients who have suffered with an eye stroke and are out of the emergency phase of their care, Duke is opening the Duke Eye Stroke Clinic in summer 2021. This first-of-its-kind multidisciplinary clinic will specialize in the treatment of patients with retinal artery occlusion and other types of stroke that affect vision (including strokes affecting the vision pathways in the brain).

This multidisciplinary clinic—co-led by Mac Grory and Chantal Boisvert, MD, OD, Duke Neuro-ophthalmology division chief—will offer expertise in neurology and neuro-ophthalmology paired with advanced vision testing capabilities, all under one roof. This has the potential to dramatically reduce the burden on people affected by eye stroke and to promote clear communication between the different specialists on a patient’s care team.

As a comprehensive stroke center, Duke is uniquely positioned to become a center of excellence for the treatment of eye strokes, Mac Grory says.

“For patients who present to the emergency department, Duke has a large multidisciplinary team capable of delivering advanced therapies—including high-pressure oxygen therapy (hyperbaric oxygenation)—and one of the premier ophthalmology programs in the country,” he adds.

“Perhaps most importantly, our telestroke network and ambulance/helicopter capabilities mean we can rapidly transfer patients from other parts of North Carolina and surrounding states to receive these treatments.” 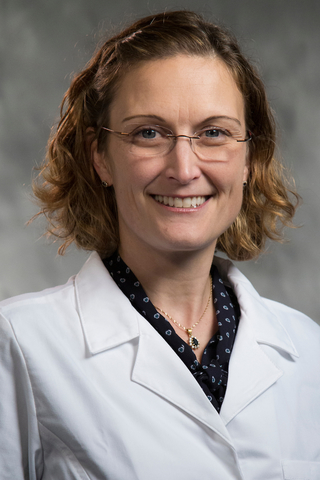