As a competitive gymnast with a dream of reaching the elite level, a 12-year-old girl typically trained for four hours every day at her local gymnastics center. She began to experience pain in her elbow, and, a few months later, she was unable to bend it or practice her routines on the uneven bars and balance beam.

The girl and her mother consulted with Duke orthopaedic surgeon Jonathan Riboh, MD, who specializes in treating middle and high school athletes with sports injuries. “It was an overuse injury that we only see in children and adolescents who are gymnasts and baseball players,” says Riboh. “A part of the elbow joint had fragmented, and cartilage and bone had broken loose, acting like a door jamb and blocking any motion of the joint.”

Question: What condition did Riboh diagnose, and what did he do to treat the condition and help the patient get back to the gym?

Answer: Riboh diagnosed an osteochondritis dissecans lesion and performed arthroscopic microfracture surgery. Although patients are generally able to return to athletic activity after a long period of rehabilitation, the patient and her mother were very concerned about her ability to ever return to training and competition. Riboh told the patient it would be six months before she could resume training, and gave her a detailed schedule and plan so she knew exactly what to expect. A Duke physical therapist skilled in therapy specifically for gymnasts worked with the patient on range-of-motion exercises and strength training.

“This is a classic injury in young gymnasts,” Riboh explains, “and, because it usually has no early symptoms, it builds up over time and often gets to the point of preventing motion before it’s discovered.”

Microfracture is well-studied and commonly performed to repair damaged articular cartilage. During the procedure, bone and cartilage fragments are removed, and tiny holes are drilled into the damaged area of the remaining bone to release blood and stem cells and provide a rich environment to stimulate the production of new cartilage.

One year after surgery, the patient was competing again—measurably stronger and more determined than ever to reach her dreams of becoming an elite gymnast and competing on a college team.

“I usually find that kids aren’t worried about pain—they’re just worried about playing again,” says Riboh. “Her fast recovery was a great testimony to her own efforts and determination.” 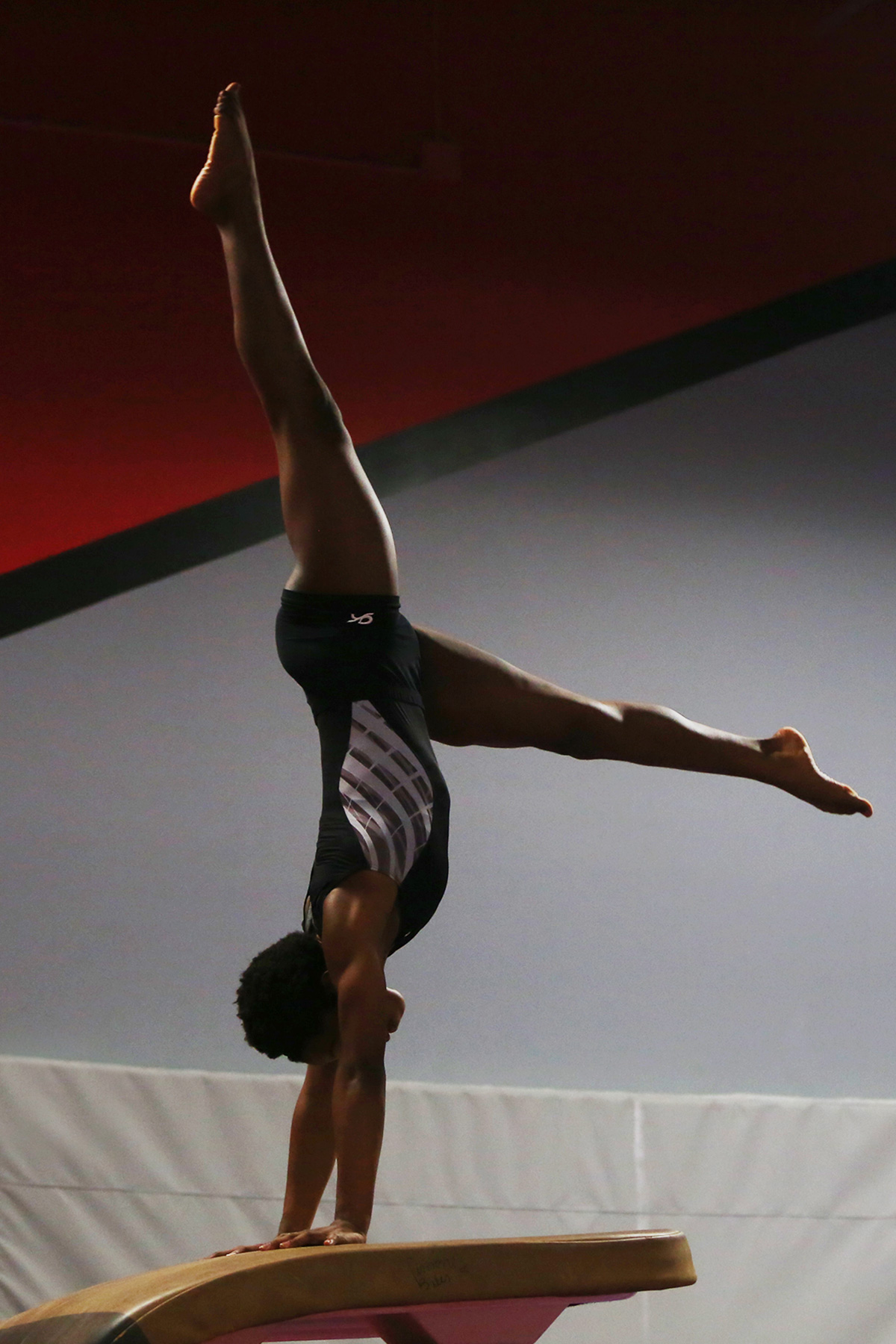