Although screening, diagnostics, and interventions for autism spectrum disorder (ASD) have seen a number of advances in recent years, more effective treatments are needed to target core symptoms. Early behavioral intervention is the standard of care, but even with that, many individuals remain significantly impaired.

Teaching parents and healthcare providers to recognize early symptoms in infants, advocating for formal screenings of toddlers, developing new diagnostic technologies, and conducting research into new treatments are all ways in which Duke is focused on new strategies to minimize the severity of ASD symptoms and improve long-term outcomes.

According to Geraldine Dawson, PhD, a child clinical psychologist and director of the Duke Center for Autism and Brain Development, symptoms can often be detected in infants as young as 12 months of age—before a formal diagnosis can be made. “A lack of eye contact, showing little interest in other people, not ‘babbling’, not orienting when their name is called—these are all symptoms that parents and pediatricians can recognize early in their baby’s development,” Dawson explains. “Parents can be coached in strategies that can stimulate their child’s social and language development and improve social interactions during everyday activities.”

The American Academy of Pediatrics recommends screening at 18 and 24 months of age, and Dawson stresses the importance of screening toddlers in a universal, systematic way to reduce disparities in diagnoses. Duke recently developed a new digital screening tool, called “SenseToKnow”, which is designed to address one of the challenges providers face in screening: the time and skills needed to objectively observe a child’s behavior over a period of time. The SensetoKnow app displays brief, engaging movies to a toddler on an iPhone or iPad while the device’s camera records the child’s responses. “Toddlers who develop autism tend to be less emotionally expressive, they repeat certain motor movements while watching, and they’re much more focused on nonsocial aspects of the movies than other children,” Dawson says.

After the child’s responses are recorded, a Duke engineering team—led by computer scientist and engineer Guillermo Sapiro—uses computer vision analysis to automatically code the behaviors and detect core symptoms without the need for a trained clinician. The tool is currently being evaluated through a study of several thousand children by a team of researchers from the Duke Center for Autism and Brain Development who are collaborating with clinicians from Duke Primary Care, with the goal of making it scalable and widely available to clinicians.

Once an ASD diagnosis is made, early behavioral interventions are important, such as the Early Start Denver Model (ESDM), co-developed by Dawson and a colleague. The model uses the principles of applied behavior analysis delivered during natural interactions and play to boost language, social, and cognitive skills. In two randomized clinical trials, (one to evaluate the efficacy of the ESDM and one to compare ESDM to treatment as usual) children who received two years of this therapy showed significant improvements, especially in language and communication. Improvements were maintained two years after intervention was completed.

Despite receiving high-quality early behavioral intervention, many children with autism still struggle with language and social interaction.  Researchers at Duke are exploring medical treatments that can potentially enhance brain function in children with ASD. As part of a research program to explore whether umbilical cord blood-derived cell therapies can improve ASD symptoms, Duke recently completed a small open label trial that assessed the safety and feasibility of a single intravenous infusion of autologous umbilical cord blood. Assessment during a 12-month period indicated the treatment was safe and well-tolerated, and significant improvements in children’s social and communicative behavior were observed.

“We think the mechanism for autism appears to be related to neuroinflammation, and there’s evidence that cord blood dampens the activation of an immune response in the brain,” says Dawson, who co-led the study with Joanne Kurtzberg, MD. Data from the trial informed a large double-blind placebo-controlled trial that is currently underway.

Dawson notes that early intervention plays a role in reducing the severity of ASD all the way into adulthood. “In many cases, adults with autism will still have social and language challenges, but difficulties in their ability to get a job, go to college, and interact with others is greatly impacted by behavioral interventions provided early and throughout the lifespan,” she says.

With the appropriate support throughout life transitions, Dawson adds, approximately 10% of adults diagnosed with ASD as a child will no longer have the diagnosis because their symptoms will have become so mild, allowing them to engage in normal activities and function well in all situations. Most will have autism symptoms throughout their lives.

As society learns to appreciate the unique strengths that are often associated with autism and provides appropriate accommodations, employers are increasingly welcoming adults with autism in the workplace. Companies such as Google and Microsoft, among others, are committed to hiring adults with autism, recognizing that skills such as attention to detail and excellent memory are useful in the workplace. “That’s the kind of outcome we hope for—where everyone reaches their full potential and leads a satisfying life,” she says. 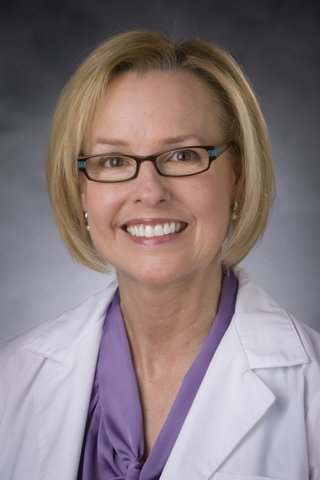