Duke opened its Fecal Microbiota Transplantation (FMT) clinic in January 2019, offering treatment to patients with recurrent or refractory Clostridioides difficile infection, the leading cause of gastroenteritis-associated mortality in the United States.

Treatment of recurrent C. difficile infection by FMT is well supported by evidence from clinical trials, explains Amy Barto, MD, the Duke gastroenterologist who started the clinic. In a landmark study published in 2013, investigators compared fecal transplant with a standard vancomycin regimen, finding that 81 percent of patients who received fecal transplant by nasoduodenal delivery had resolution of their C. difficile infection–associated diarrhea, compared with 23 percent of those treated with antibiotics.

Based on these and similar studies, the Infectious Diseases Society of America and Society for Healthcare Epidemiology of America published updated clinical practice guidelines on C. difficile infection in February 2018. One significant change to the 2010 guidelines was the recommendation that FMT be used in patients with multiple recurrences of infection who have failed appropriate antibiotic treatment, a population that has been growing in recent years.

The new clinic provides a critical treatment option to patients who experience recurrent C. difficile, which studies show can include as many as 50 percent of the 500,000 patients infected with C. difficile each year.

“It’s incredibly fulfilling to be able to offer this treatment at Duke,” Barto says. “Some of these people on the inpatient side are near death and have no other options. Other people become so debilitated that their quality of life is minimal. To bring them back to full health is very rewarding.”

The opening of the new clinic also comes at an exciting time in FMT research, she says: “There are multiple potential indications for FMT. Someday, it could be used for broader indications like cardiovascular disease, autoimmune disease, and obesity because the microbiome of the colon actually provides the blueprint of bacterial DNA that may mastermind more processes in the body than we even know.”

Initially, the clinic will focus on treating and refining treatment for patients with recurrent C. difficile infection, but, in the future, Barto anticipates that the clinic will be involved in clinical trials testing new applications of the treatment. 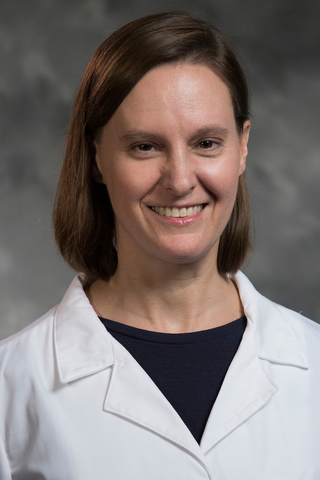