The Antibacterial Resistance Leadership Group (ARLG), a research network facilitated by the Duke Clinical Research Institute, recently received a grant of $102.5 million from the National Institute of Allergy and Infectious Diseases, part of the NIH, to continue its work in reducing the public health threat from antibacterial resistance.

In this Q&A, Vance G. Fowler, MD, MHS, a Duke infectious disease specialist and ARLG’s co-principal investigator, discusses some of the factors that have led to antibiotic resistance and the group’s vision for improving clinical practice in treating infectious diseases.

Question: What are some of the factors that have led to antibacterial resistance?

Fowler: Antibiotic misuse and overuse is the primary cause of the antibacterial resistance that we now face. Traditionally, we in medicine have had the luxury of prescribing antibiotics freely, often without a second thought. Some antibiotic overuse is unavoidable. When treating critically ill patients with sepsis, specific data on the bacteria causing the life-threating infection is sometimes unavailable for several days, and physicians need to treat the patient immediately.  As a result, empiric antibiotic therapy is often broad until we have lab results and narrow the treatment accordingly.

Another cause of antibiotic overuse, particularly in the outpatient setting, is patient expectation. Patients or their parents frequently expect and request antibiotics of their providers, even when their infection is nonbacterial. For physicians in a busy clinic it’s sometimes easier to prescribe unneeded antibiotics because that’s what patients expect.

Finally, it’s important to remember that most antibiotics in the U.S. are not used in humans. Instead, they are used in the agricultural industry, often to promote growth or prevent infection in food animals.

Question: Why is antibacterial resistance considered a global health crisis?

Increasingly, antibiotics we have are not working. For example, I recently treated a patient at Duke who had developed osteomyelitis in a limb with a strain of Acinetobacter that was resistant to essentially all commercially available antibiotics.  Ultimately, we obtained FDA approval to treat the patient with an investigational antibiotic, and between that and multiple surgeries, the patient was able to avoid amputation.

And, the problem of antibacterial resistance is being made worse by the demise of the antibiotic pipeline. Just when we most need a robust portfolio of new antibiotic classes and compounds, pharmaceutical companies are abandoning the field of antibiotic development in droves. Since 2017, six companies have abandoned antibacterial development and three declared bankruptcy. Although it takes roughly the same cost (~ $1 billion) to develop a novel compound across any therapeutic area from pre-clinical discovery to FDA registration and commercialization, the pricing structure and prescribing patterns of antibiotics make it impossible for pharmaceutical companies to recoup those expenses. So for example, while drugs like antidepressants, or cholesterol-lowering agents, or antihypertensive drugs are generally used for years, most antibiotics are typically prescribed for only a few days. As a result, it’s much more difficult for the companies to be profitable with antibiotic development.

Against this backdrop, the NIH is responding to a public outcry from the medical community. That’s why it’s funding ARLG—to design, create, implement, and execute clinical research in antibiotic resistance.

Question: How will ARLG use the new federal funding to advance research?

Fowler: This renewal of our original grant will be focused on:

Duke researchers have played a significant role in ARLG’s development of a diagnostic platform that uses the host gene expression to differentiate whether a person is infected with a virus or bacteria. Because of the host immune response, the genes activated when someone is infected with bacteria are fundamentally different from the range of genes expressed when the same person is infected by a virus. We’re getting close to the prospect of a commercially available tool that can be used in EDs to identify the type of infection.

Question: What is ARLG’s vision to address this public health crisis? 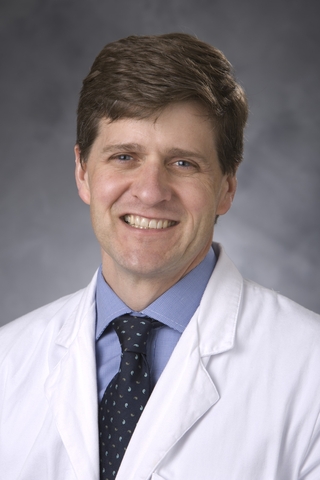