Set to begin in early 2020, ODYSSEY RCC (Outcomes Database to ProspectivelY ASSEss Changing TherapY Landscape in Renal Cell Carcinoma) will use the resources of the Patient-Centered Outcomes Research Institute and a nationwide network of academic and community medical centers to follow 800 previously untreated patients for a minimum of 12 months. It will be the first study to focus on longitudinal patient-reported outcomes and experiences in the context of various novel therapies for mRCC.

To combat this most lethal form of renal cancer, many new treatment options have emerged during the past 13 years that help delay disease progression and maintain quality of life for patients with mRCC. Daniel J. George, MD, a medical oncologist, co-leader of DCI’s Center for Prostate and Urologic Cancers, and lead investigator for ODYSSEY RCC, views the evolution of mRCC treatments as three distinct epochs, starting in the ‘dark ages’ before 2006, when treatment was limited to toxic cytokine therapy and the median survival rate was roughly 10 months.

Then, from 2006 to 2018, new targeted therapies were approved, including vascular endothelial growth factor, which improved median survivals to approximately 30 months. “Now we’re in the third epoch,” says George, “with novel IO agents and combination regimens demonstrating greater clinical benefit over TKIs alone and extending median survivals to beyond three years.”

George stresses that while these novel therapies are exciting developments, they have only been compared to TKI monotherapy and have not been directly compared to one another in clinical trials. Many unanswered questions about their long-term consequences remain, leaving treatment strategies in the first-line setting largely dependent upon the clinical experience of the treating oncologist.

“Prospective real-world outcome databases fill a critical knowledge gap between that which is known from clinical trials and that which is unknown about how treatment regimens perform outside of these study populations,” he says.

With the ultimate goal of comparing the combination therapies in a real-world setting to better inform patients and their providers about treatment choices, ODYSSEY RCC has three objectives:

Researchers will study blood samples, biologic markers of the disease, symptoms, imaging, outcomes, and patient perceptions of the various therapies. “We’ll be working with a lot of new data and insights within this really exciting new paradigm of combination IO therapies that I think will reshape the whole field for the foreseeable future,” says George. 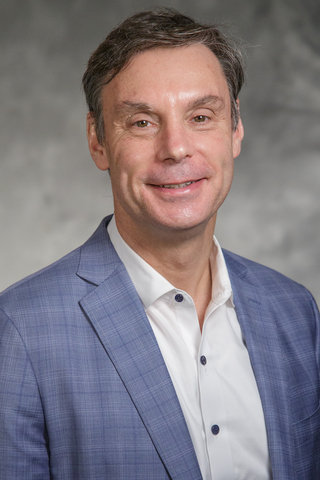