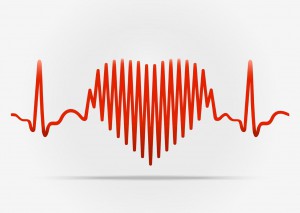 Most women presenting to a physician for the first time with suspected coronary artery disease (CAD) experience the same symptoms as men, notably chest pain and shortness of breath, according to a study published in the March 23, 2016, issue of the Journal of the American College of Cardiology and presented during the American College of Cardiology's 65th Annual Scientific Session in April.

In one of the largest studies enrolling patients with suspected CAD but without a prior history of the condition, lead author Kshipra Hemal of the Duke Clinical Research Institute and colleagues compared the experiences of more than 10,000 study patients, evenly split between women and men, in the Prospective Multicenter Imaging Study for Evaluation of Chest Pain.

The Duke-led research team found that women have more risk factors for CAD than men, but women are typically assessed to have lower risk. In addition, commonly used predictor models exclude factors such as depression, sedentary lifestyle, and family history of early heart disease, which women report more often than men.

“Our findings suggest there might be a need for heart-health resources specifically aimed at women because much of what is provided is for men, and there are significant sex-based differences,” says  Hemal (Figure).

Women are also more likely than men to be referred for imaging stress tests, particularly nuclear stress testing, but they are less likely to have a positive test result.

Overall, 73% of women and 72% of men complained of chest pain when presenting to their physicians with suspected CAD. Men were more likely to characterize their chest pain as a dull ache or a burning sensation, whereas women most often described their pain as crushing pressure or tightness.

“Our study is the largest of its kind looking at patients with stable chest pain or other symptoms suggestive of CAD, which is a much more common occurrence,” says senior author Pamela Douglas, MD, the Ursula Geller professor for research in cardiovascular disease at Duke and member of the Duke Clinical Research Institute.

“Our findings should help clarify that there are differences between men and women that we need to take into account.”