By studying exercise and caloric restriction, can we identify new treatments for age-related cognitive impairment?

Biological aging—the decline in tissue and organ function as people age—is the greatest risk factor for most chronic diseases, including frailty and dementia. Although biological aging is inevitable, a Duke geriatrician says there is variability in its rate and consequences and is working to further define how biological aging contributes to cognitive impairment.

Understanding how certain interventions slow down biological aging and how they work on a molecular level could lead to new drugs that mimic those effects.

“We know there are some interventions that affect biological aging, such as regular physical exercise and caloric restriction, which improve a person’s health span and may reduce the risk of multiple diseases, including Alzheimer’s disease and related dementias (ADRDs),” says Daniel C. Parker, MD, a geriatric medicine specialist and internal medicine physician.

Parker says his research into biological aging is focused on two areas: aging of the immune system and age-related changes in metabolism.

Aging of the Immune System

Aging of the immune system is characterized by a low-level, chronic pro-inflammatory state with increased concentrations of circulating pro-inflammatory mediators, says Parker. “This state can lead to impaired tissue remodeling and inflammation in brain tissue that contributes to the processes underlying ADRD,” he explains, “and is evidenced by older adults’ increased susceptibility to infections such as COVID-19 and pneumonia, as well as their weaker responses to vaccinations.” Chronic inflammation also contributes to muscle and bone loss, which can lead to osteoporosis and frailty and may also contribute to age-related cognitive impairment and ADRD.

Parker explains that as people age, they often become less active and more sedentary, which can lead to metabolic changes including greater insulin resistance, diabetes, and impaired utilization of different energy sources like fatty acids. “There’s a lot of evidence that in addition to immune system aging, these metabolic changes contribute to a greater risk for dementia and ADRD,” he says. “There is evidence that older adults who maintain a healthy body weight, are physically active, and have more muscle mass have a decreased risk for dementia later in life.”

In upcoming studies, Parker hopes to identify whether exercise and caloric restriction interventions affect biomarkers of neurodegeneration and ADRD and if these improvements are due to favorable immune and metabolic changes. “If we know that exercise and caloric restriction beneficially affect biomarkers of neurodegeneration, and we’re able to identify the molecular pathways responsible for this benefit, then we can look at ways to mimic these interventions with drugs so that people may not need to make substantial lifestyle changes,” he says.

Parker has these specific recommendations from his own practice for clinicians with patients who have memory impairment or concerns about ADRDs:

“I tell my patients that a healthy diet and exercise are good for the body and the brain, and evidence shows they may delay changes in cognition that lead to dementia. Most of my patients respond well to these recommendations, particularly when I frame it in terms of how these lifestyle changes can reduce the likelihood of losing their independence,” says Parker.

“We may not have a cure for cognitive impairment, but there are ways we can help our patients’ brains be stronger and more resilient to the changes that occur with ADRD,” he adds. 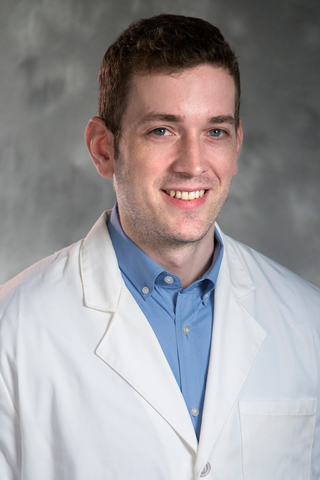