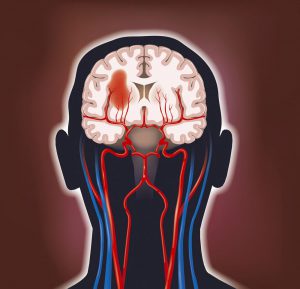 Despite the identification of multiple neuroprotective strategies in animal models of brain injury, none of these interventions have been successfully translated to patients in randomized, controlled clinical trials. Thus, patients with acute brain injury have few therapeutic options.

The new trial, which follows a recent phase 1 dose-escalation study demonstrating the safety and tolerability of the peptide, is the culmination of more than 20 years of work by Duke neurologist Daniel Laskowitz, MD, MHS, and his team of collaborators.

The groundwork for his research was laid more than 20 years ago when Duke investigators determined that the E4 isoform of apoE is associated with Alzheimer disease. Further research showed that APOE polymorphism could play a role in modifying outcomes following acute brain injury. These observations led Laskowitz to begin studying the role of apoE in neuroinflammation and responses to acute brain injury.

The subsequent finding that apoE has a receptor-binding region that can bind to cells in the brain and modify neuroinflammatory responses led Laskowitz to seek to make apoE “druggable.” The inherent challenge, he explains, was finding a way to deliver apoE to the brain, given that the intact protein cannot readily cross the blood–brain barrier.

Laskowitz and his team began testing apoE peptide mimetic therapies for their ability to cross the blood–brain barrier and bind to glial cells to downregulate inflammatory responses and induce nerve protection. One peptide in particular showed high efficacy and low toxicity rates in cell culture and animal models of ICH: CN-105, a peptide designed by mimicking the amino acids of the receptor-binding face of the apoE α helix. The next step would be to test the safety and efficacy of the peptide in clinical trials.

Although he recused himself from the initial trial (and the subsequent phase 2 study) to ensure the results would not be biased by his extensive involvement developing the drug, Laskowitz worked closely with Duke neurologist Jeffrey Guptill, MD, and the Duke Clinical Research Unit to get the phase 1 dose-escalation study off the ground.

The new phase 2 study is being led by Michael Luke James, MD, at the Duke Clinical Research Unit, who will coordinate with Duke lead Christa Swisher, MD, to enroll patients at Duke and 3 additional sites: Wake Forest University, University of Virginia, and the Medical University of South Carolina. Each center plans to enroll 15 patients, who will be followed for 3 months.

In the study, investigators will examine evidence of edema and swelling on computed tomography following treatment with CN-105 for ICH. Outcomes will be compared with those from a cohort of historical controls. If the results are promising, the next step will be to conduct a larger, placebo-controlled study.

“I’ve worked in the neurointensive care unit my whole career,” Laskowitz remarks. “One of my biggest frustrations has been our failure to develop any effective neuroprotective therapies. It would be really exciting to finally have something to offer.”