A Duke clinic devoted to treating patients with hypertrophic cardiomyopathy (HCM) has grown into a regional referral center for the diagnosis and management of the condition and is a leading center for building patient engagement and offering new treatments.

During the past two years, patient volume and referrals have accelerated significantly, says Andrew Wang, MD, the HCM clinic director and vice chief of clinical affairs for the Division of Cardiology. Wang cites two key factors for the growth:

The condition has an incidence rate of about 1 in 500 across the general population. But the majority of cases are not diagnosed, Wang says, noting that not every patient is symptomatic.

“HCM attracts a great deal of attention because of the occasional sudden death, particularly among undiagnosed athletes who are often in high visibility settings. This has created a strong association between HCM and sudden death,” Wang says. “It’s important to point out that this is not a disease specific to athletes, and patients who have only mild or no symptoms could still be at risk of sudden death.”

For HCM patients with advanced symptoms, the Duke clinic was one of the first in the nation to offer the alcohol septal ablation procedure, a percutaneous, minimally invasive treatment performed by an interventional cardiologist. The ablation procedure is successful in relieving outflow tract obstruction and symptoms in more than 90% of patients, Wang says.

Early recognition of Duke’s expertise in the ablation procedure contributed to the clinic’s initial recognition among other cardiology providers, Wang says. The procedure is just one of several guideline-directed therapies that include medications, surgical myectomy, implantable defibrillators and pacemakers as well as genetic testing and counseling. As a potentially genetically caused condition, genetic testing and family screening are growing aspects of the clinic, which includes a cardiovascular genetic counselor.

Wang, who conducts research related to HCM, says no medications have specifically been approved to treat this condition and its unique characteristics, although several medications for other heart conditions are commonly used.  There have been several clinical trials of new drugs to improve the symptoms of HCM, with great interest and participation among patients treated at Duke. One of the ongoing clinical trials is the study the effects of mavacamten (MyoKardia, San Francisco, CA), a drug that targets abnormalities in the heart muscle cells. Results of this study are expected to be available in 2020. 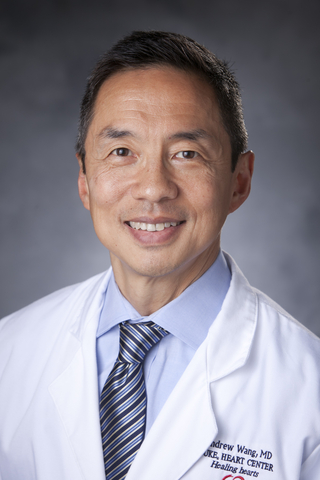