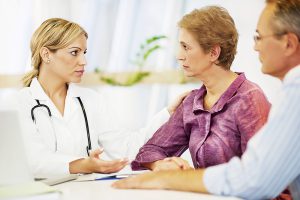 When faced with ailing patients or adverse patient outcomes, many physicians may inadvertently make matters worse by documenting poorly and failing to communicate effectively, thereby leaving them vulnerable to medical malpractice claims.

“Be aware of self-inflicted wounds,” says Alfred F. Belcuore, an attorney in Washington, DC, who represents doctors in malpractice cases. The following legal landmines can expose physicians to risk.

Poor Record Keeping
Make sure to always document as promptly as possible after service is provided, ensure the patient’s medical records are complete, and verify for accuracy, recommends Belcuore. “If it’s not in the records, it didn’t happen,” he says, noting that some states require notice of a claim before a lawsuit is filed. If the record supports the care provided, it’s more difficult for a patient to sue.

Informed Consent Follies
When procedures go wrong, patients often claim that they did not understand the risk involved. That’s likely because their doctor rushed through the informed consent document, says Belcuore. Before patients are asked to sign, doctors should take the time to discuss material risks, potential benefits, and alternative treatment options.

Abandoning Patients
It’s hard on everyone when a patient’s health declines. But doctors who disappear on terminally ill patients and their families in their hour of need only fuel frustration—and the likelihood that the family may lash out legally, says Richard Roberts, MD, JD, a family physician, professor at the University of Wisconsin School of Medicine and Public Health, and former attorney. “That’s precisely the time to make yourself more available,” he says.

Dismissing Mistakes
Doctors are human. When mistakes happen, own up to the patient and indicate what steps your practice has taken to ensure it doesn’t happen again, says Roberts. “When patients sue, very often they tell you it was never about the money,” he says. “They just want to know what happened and to prevent something similar from happening to others.”

However, apologies are another matter. Some states have laws that protect doctors, ensuring their apology cannot be used against them in the event of a malpractice claim. To protect their rights, Roberts advises physicians to seek advice from their liability carrier.

By keeping detailed records and being open with patients, doctors can potentially avert a medical malpractice claim.