Q: How are neurodevelopmental assessments performed on infants and young children?

Gustafson: We evaluate a child’s development across different domains relative to expectations for a child of that age. Although there are several tools available, the gold standard developmental assessment tool is the Bayley Scales of Infant and Toddler Development-IV (BSID), which assesses development in five domains:

With the BSID we assess an infant’s sensorimotor development; exploration and manipulation of objects; problem solving and conceptual development; preverbal processing and communication; the quality of their early vocalizations; and their morpho-syntactic development. We also assess how they use their hands and fingers for grasping and manipulating objects and how they use the muscles of their limbs and torso for moving through their environment.

We also use parent-report questionnaires to help assess a child’s socioemotional development and adaptive functioning (e.g., daily functional skills, or the skills they actually use on a daily basis). Because instruments like the BSID are standardized, an individual child’s data are compared to the normative data developed from assessment of thousands of children of the exact same age. The BSID assesses children from ages 16 days to 3½ years. We have other similar tools for neurodevelopmental assessment of older children.

Q: What are the common causes of neurodevelopmental delays?

Q: Are you noticing any trends in the number of infants and children with these issues?

Gustafson: Yes. Autism spectrum disorder is a commonly seen neurodevelopmental disorder with an increasing prevalence observed in recent years, perhaps due at least in part to better surveillance. In addition, we have seen dramatic increases in children with in-utero opioid exposure, with one study reporting a 300% increase from 2000 to 2014. Some NICUs have reported that opioid exposure is affecting a majority of babies in those units. However, more long-term studies are needed to fully understand the effects of in-utero opioid exposure on long-term neurodevelopmental functioning.

Another trend we’re seeing is that newborns who are born extremely premature are now surviving because medical advances are keeping them alive when they probably would have died in the past. Now, some infants are surviving as early as 22 weeks’ gestation, and when they are born so premature, they have higher rates of neurodevelopmental delay. Although we’re keeping more babies alive at younger gestational ages, we haven’t seen much decrease in neurodevelopmental morbidity. That is a focus of a lot of the prematurity research currently.

Q: Is Duke involved in any studies or novel treatments for addressing neurodevelopmental delays?

Gustafson: Yes. There are many studies of novel approaches at Duke, where the goal is neuroprotection to prevent long-term neurodevelopmental sequelae. For example, an important advance in recent years is the use of induced hypothermia in neonates with hypoxic brain injury to reduce cell death and inflammation in the brain. This procedure has been shown to increase the chances of survival and decrease long-term disability. We’re now combining that treatment with autologous umbilical cord blood cell infusions and assessing whether adding this intervention further decreases rates of neurodevelopmental impairment in these infants.

Q: How can psychologists optimize outcomes for children who have neurodevelopmental delays?

Gustafson: The most important steps are to get an early start with assessments using high-quality tools and to begin early intervention as soon as possible through physical, occupational, and speech therapy; vision and hearing therapy for children with sensory impairments; and providing parent education about how best to support their children’s developmental needs.

Another important point is to recognize that neurodevelopmental problems are multifactorial and determined by complex transactions between biomedical and social environmental factors. Children may have biomedical vulnerabilities that can be exacerbated by exogenous stressors that affect their brain development in utero and in the postnatal period. These stressors include socioeconomic adversity; parents’ mental health issues; a lack of resources and support; limited availability of high-quality interventions; poor school environments; and so on. By being aware of the impact of these factors and serving as advocates for social and family policy reform, we can do a better job at helping babies have the best long-term outcomes. 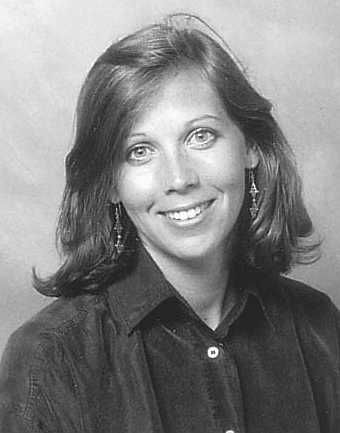