The first partial nephrectomy was performed more than 130 years ago in an effort to remove kidney tumors while preserving renal function, but high mortality rates slowed the procedure’s acceptance for decades. Since that time, evidence-based research and advances in medical and surgical techniques have established the procedure as the preferred technique in selected patients.

Using the latest surgical techniques, including robotic-assisted laparoscopy and percutaneous ablation, Duke urologists are removing masses while preserving renal function for patients with localized renal cell cancer. Cary Robertson, MD, a Duke urologist and the associate director of urologic oncology at Duke Cancer Institute (DCI), chronicles the history of partial nephrectomy, discusses the latest advances in treatments, and offers insights into selecting the optimal course of treatment for patients.

Why was partial nephrectomy slow to become accepted initially?

It was first attempted in the late 1800s, but because it was associated with high mortality rates from infection and bleeding, it was abandoned for many years in favor of complete removal of cancer-containing kidneys. This improved mortality rates but at the expense of kidney function. In the 1990s, partial nephrectomy was carefully performed in selected patients in a few medical centers, and tumor control was proven to be equivalent to radical nephrectomy in several longitudinal studies. It then became the standard approach using the open surgical technique and has now transformed into the preferred technique. The American Urological Association guidelines state that partial nephrectomy is an option for treatment of tumors smaller than 4 cm in otherwise healthy patients, and we’re beginning to expand our capability to treat larger tumors with this technique.

What are some of the recent advances in the procedure?

The most noteworthy advance in the past 10 years is that open surgical techniques have been transferred to robotic-assisted laparoscopic techniques, which allow us to precisely remove part of the kidney and the tumor through a few small incisions. Percutaneous thermal ablation of small renal masses has also become more common in recent years, but tissue removal is still favored over ablation in some circumstances, particularly in masses larger than 3 cm.

How do urologists determine which treatment option is best for patients?

The open surgical technique is still very valuable and is favored in selected patients. The criteria for decision-making are based on the location and size of the kidney tumor and other factors. Exclusions are adverse pathology, centrally located tumor, or evidence of lymph node involvement or metastatic disease. Patients will frequently have other factors we need to consider, such as solitary kidney, kidney failure, and renal function decline. All of these factors help determine which technique is best for an individual. At Duke, all techniques are available and practiced according to a set of national guidelines and recommendations from other Duke departments, such as the Departments of Pathology and Radiology, for pretreatment biopsy and imaging. We have seven urologists who are highly experienced in performing partial nephrectomy, and patient care is coordinated with the DCI. 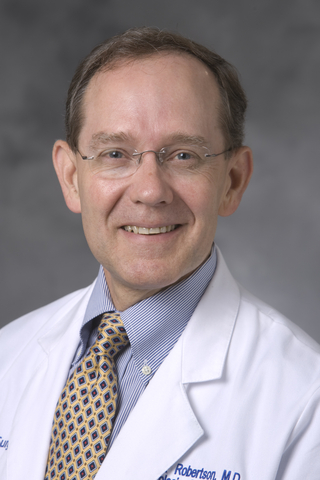