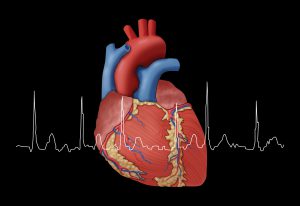 To reduce symptoms, improve quality of life, and prevent recurrences in patients with atrial fibrillation (AF), Duke heart-rhythm specialists are studying innovations in catheter ablation of AF that may improve the safety, efficiency, and durability of the procedure.

Rhythm medications can help prevent recurrent episodes, but many patients seeking a permanent solution opt for catheter ablation, a technique that has progressed significantly during 20 years of use.

“What’s the definition of success?” asks Piccini. “If success means that patients have fewer episodes, fewer symptoms, and improved quality of life, then most of our procedures are successful.”

He continues: “On the other hand, if success after ablation means a total cure without any AF in the future, then we still have a lot of work to do,” Piccini cautions. “Many patients experience recurrences, especially several years after the procedure. To improve long-term success, we need to explore better techniques that produce more effective outcomes.”

Piccini and colleagues at Duke published an assessment of advances in lesion formation for catheter ablation in the April 21, 2016, issue of Circulation: Arrhythmia and Electrophysiology. The authors examined the potential of catheter technologies that could be more effective in determining lesion size and durability.

Other innovations reviewed by the authors include the potential use of novel, ultrasonographic techniques to visualize tissue injury in real time. Such techniques may lead to improvements in both the safety and effectiveness of ablation procedures.

Despite some variance in estimates due to differences in disease severity, the overall worldwide, 1-year, drug-free success rate for AF ablation is estimated to be between 40% and 60% for a single procedure and 70% for multiple procedures, the Duke authors conclude.

Drug therapy remains part of the guidelines for AF treatment, but specialists say lack of long-term efficacy—as well as risks of extended use—has shifted the focus to catheter ablation procedures. The emerging technologies, Piccini says, may present better options for ablation and imaging. Those innovations include: