Surgical repair of a ruptured Achilles tendon can be costly to patients and take up to a year to fully recover. However, a new twist on the miniature-open technique developed by a Duke foot and ankle orthopaedic surgeon eliminates the need for specialized surgical instruments and enables patients to walk in a boot two weeks postoperatively.

Selene G. Parekh, MD, co-chief of the Duke Foot and Ankle Division, explains that in the U.S., the popularized minimally invasive miniature-open technique is heavily dependent on special tools (PARS Achilles Jig System by Anthrex, Inc.: Naples, FL; Achillon Achilles Tendon Suture System by Integra LifeSciences Corp.: Plainsboro, NJ), which can cost up to $800 to 1,000 per use. “It’s great if you have access to those specialized tools, but they add costs to the surgery, and there are many places around the world that do not have access to those tools,” he says.

Motivated to find another option, Parekh adapted the miniature-open technique to require only standard operating room tools, such as surgical clamps and forceps, to be able to grab the Achilles tendon and pass suture. “At Duke, we are continuously trying to deliver quality care in a more cost-effective manner. For the mini-open technique, if we can get rid of an expensive tool used in the operating room, it’s a compelling argument for patients and surgeons,” he says.

There has been a trend over the past decade toward miniature-open or even percutaneous techniques, Parekh says, “but the problem with a pure percutaneous solution is that you can’t see anything, so you can actually pierce the nerve.” The miniature-open technique requires only a 3 cm incision while the traditional approach of surgically treating Achilles tendon ruptures required an 8 cm to 12 cm incision.

“One of the biggest issues with the traditional model was long-term immobilization, and there was about an 8% to 10% chance of an infection or wound healing problem,” he notes. “The benefit of doing the mini-open technique is that your incisions are much smaller, so your wound complication rate postoperatively is under 1% or 0.5% and patients can be back on their feet faster, as you don’t have to wait for a long incision to heal.”

In addition to saving on cost, Parekh’s miniature-open technique saves time. “You don't have to worry about a special instrument lining up properly in order to grab the tendon, so the whole procedure now takes about 20 to 30 minutes whereas traditionally it took 45 minutes to an hour,” he says.

Options for Rupture Repair at Duke

Achilles tendon ruptures are typical in the middle-aged “weekend warrior” population, Parekh says, while the most frequent injury mechanism is participating in a sport or recreational activity, with basketball being the most common cause of ruptures. Parekh notes that while there is a non-surgical protocol that seems to be as successful as a surgical protocol, “that’s only if a patient’s foot is set in the correct position within the first 24 hours of the injury, which doesn’t usually happen.”

The miniature-open technique is a standard of care for the surgical treatment for Achilles tendon ruptures and is performed across Duke hospitals to enable rapid rehabilitation for patients, Parekh says. For the moment, however, Parekh is the only foot and ankle orthopaedic surgeon at Duke performing this new technique without the use of special instruments. 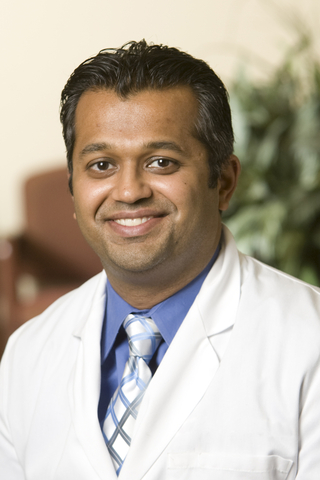